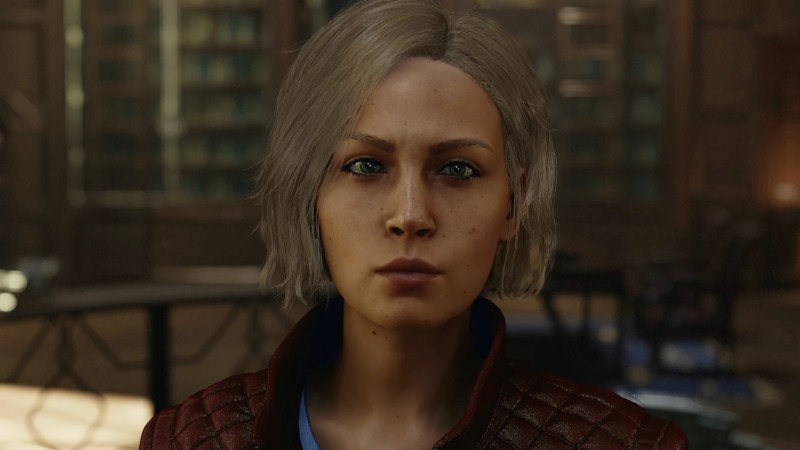 Bethesda and Xbox gave Starfield the spotlight during its recent weekend showcase, revealing more than 15 minutes of new footage and information from director Todd Howard.

The studio didn’t mention this during the showcase, but shortly after, the Bethesda Game Studios Twitter account revealed some new details about dialogue in Starfield and how your created character – the protagonist of the game – interacts with NPCs. In short, speaking to NPCs will happen in first-person, and your character will remain silent as they do not have a voice.

“Yes, dialogue in Starfield is first person and your character does not have a voice.”

Yes, dialogue in @StarfieldGame is first person and your character does not have a voice. pic.twitter.com/A8384m6rGN

As you can see in the tweet above, the studio has cleared up some possible confusion around the created character we’ll all be playing in Starfield. This reveal has been praised by some and criticized by others. Some Bethesda fans prefer the studio’s RPGs where you remain silent, while others prefer their character to have a voice they can hear in-game.

I’m cool with either. I hope Starfield’s dialogue is more akin to Fallout 3 than Fallout 4, though. In the former, you’d see essentially all of the dialogue your choice would result in, whereas in Fallout 4, your choices were more like mood options, giving just a general view of that choice’s dialogue. It took away some of my character’s agency, and I’m hoping Starfield restores that a bit. Only time will tell for now, though.

Starfield will hit Xbox Series X/S, Xbox One, and PC sometime in 2023.

For more, read Game Informer’s Starfield analysis after its recent gameplay showing, and then check out this story about Todd Howard confirming that Fallout 5 is the next game Bethesda Game Studios will develop after Elder Scrolls 6 (which is the next game the studio will release after Starfield).

What are your thoughts on Bethesda RPG dialogue? Let us know in the comments below!