Wo Long: Fallen Dynasty sounds like a no-brainer for Nioh fans

Even with minimal details, Wo Long: Fallen Dynasty — a new Team Ninja romp coming in hot off the Nioh series — was probably my favorite game announcement at the jam-packed Xbox & Bethesda Games Showcase. It’s an action-infused dark-fantasy take on the Three Kingdoms with demons to take out and a masocore challenge to overcome.

There are still a lot of gameplay specifics to fill in, but coming off of the weekend’s big Xbox showing, we now know that the game is making the full rounds on PC, PS4, PS5, Xbox One, and Xbox Series X/S in early 2023. Team Ninja also shared more information about Wo Long: Fallen Dynasty in an interview with IGN — and it sounds really promising.

“Making it a challenging game was something we had decided from the beginning,” according to Wo Long producer Fumihiko Yasuda, who’s returning from Nioh 1 and 2.

“With all the legendary heroes of the Three Kingdoms period, it can come across as somewhat campy, but in reality, it was a time of war and devastation,” he said. “It was a dark period in which people were constantly fighting, which is a great match for a Soulslike game. Being set in China, Wo Long is more massive in scale compared to our previous games set in Japan, which allowed us to show a more severe and dark world. The same can be said for the difficulty. There’s no doubt this will be an extremely challenging and demanding game, but we’ve come up with new ways to approach that difficulty.”

“The action is speedier than Nioh“

“We wanted flowing combat in which you seamlessly switch between offense and defense,” Yasuda continued. “The action is speedier than Nioh, and you can do things such as jump into an enemy and then launch over them.” Level layouts are still linear in Wo Long like Nioh before it, but “there’s a lot more room for verticality and exploration in general.”

Wo Long development producer Masaaki Yamagiwa (of Bloodborne fame) spoke more about the “elegance of Chinese martial arts,” noting that “utilizing this action to overcome challenging battles should create an experience like no other.” The developers “came up with a system that revolves around the warrior’s morale” in which “both the player and enemies have a morale status, which will lead to new strategies within the Soulslike genre.” Slightly more specifically, Yamagiwa says that players “gain something by defeating a strong enemy, but the same can be said for when an enemy kills the player. The balance between strength changes whenever someone dies.”

You can create your own character

The Team Ninja duo also confirmed that players will customize their protagonist in Wo Long: Fallen Dynasty (similar to Nioh 2) and co-op will return, which is a must-have.

So, what about gear in Wo Long? Looting eventually became monotonous for many Nioh players, but it also facilitated hundred-hours-strong playthroughs for a lot of folks thanks to an essentially never-ending stat grind and many character-build possibilities.

“Fans of the Three Kingdoms period are going to want certain weapons for different warlords, and that’s definitely something we want to deliver on,” Yasuda told IGN. “But when compared to Nioh, you won’t have to constantly upgrade your weapon or armor, and it’s not like each enemy will drop an item. It’s not the main focus of Wo Long’s game design, as we wanted the player to be able to focus on the action more easily. That being said, we do still have a large variety of weapons to choose from.”

So far, so good, I’d say. Wo Long is already at the top of my 2023 list. As disappointing as it was to hear that Team Ninja would be stepping back from the Nioh series (at least for now), this game is exactly the sort of next-best thing I was hoping we’d see. Nioh 2 was full of refinements, and I’m excited to see Wo Long carry the torch in a new way.

The post Wo Long: Fallen Dynasty sounds like a no-brainer for Nioh fans appeared first on Destructoid. 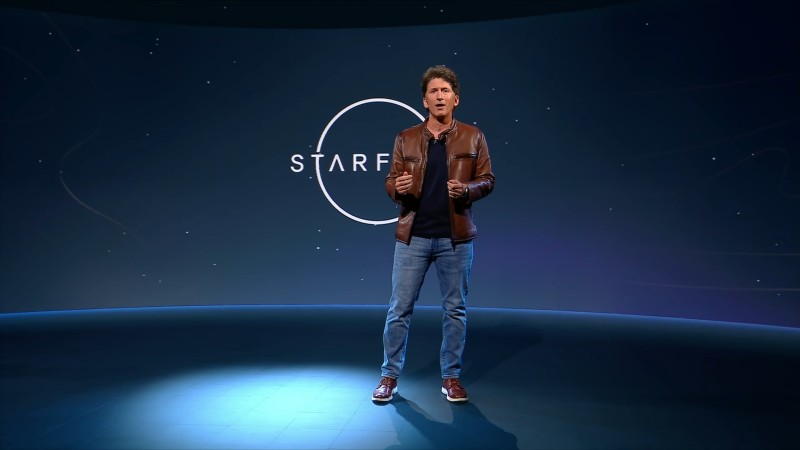 Next Article S.T.A.L.K.E.R. 2 moves to 2023 as dev team shares emotional update on its current state

If you, like me, were intrigued by the recent smattering of Fire Emblem Warriors: Three Hopes reviews and went looking for a copy on Amazon, […]

Here’s everything shown at the Annapurna Showcase

In the year since it’s been publicly playable, the multiplayer shooter Halo Infinite hasn’t received a single new weapon. But if recent leaks are to […]