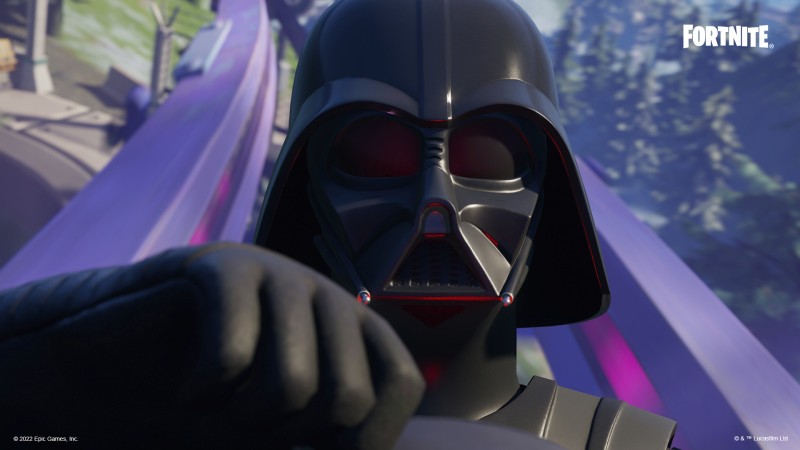 Darth Vader was apparently sick and tired of being trapped in Fortnite’s Battle Pass and is now waging war against all players. In a new update to the battle royale game, the Sith Lord is unleashed and he won’t hesitate to take you down, but if you can take him out first, you’ll get his lightsaber as a reward.

Vader appears in random places each match but is easy to locate since he arrives at the island at the same time as the players. When you are in the Battle Bus, look for an Imperial Shuttle. It’ll enter the airspace just above the clouds and will quickly descend to a spot on the map. The Shuttle is highlighted with a blue glow for a few seconds after settling down on the surface.

Vader is one of the toughest bosses in the game and will take some serious firepower to take out. He’s also flanked by two stormtroopers. He uses the Force in a variety of ways to mess with you and can block your shots. Your best bet is to attack him from afar with a sniper rifle or approach in a group.

His lightsaber is a game-changer. You too can block shots with it, and it can also be thrown a decent distance to inflict big damage. Of course, you can swing it widely for melee strikes. We don’t know how long Vader will be around or how he is influencing the story, but it’s awesome to see him on the island dishing out punishment. Here’s hoping more Star Wars integration is on the way soon!