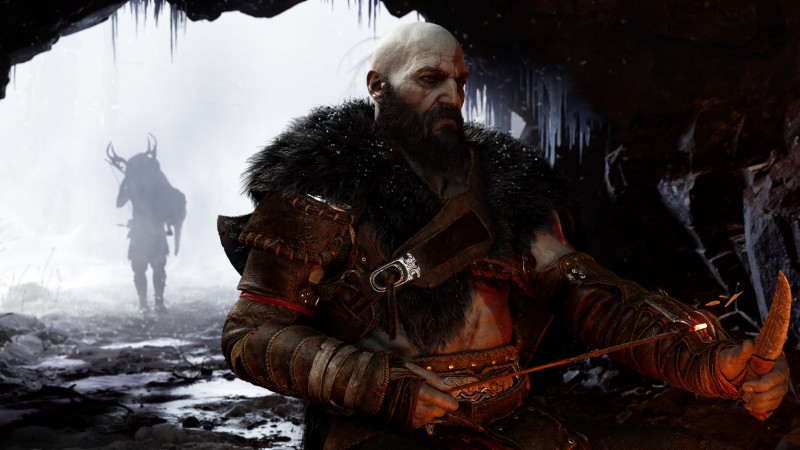 Amidst rumors galore regarding God of War: Ragnarok’s release date and whether it’s coming out this year or getting delayed to 2023, a new report says it’s targeting a release in November.

Ragnarok was originally due out in 2021, according to its 2020 reveal, but Sony delayed it to 2022 in June of last year. Kratos voice actor Christopher Judge, who also performs motion capture for the character, revealed later that year that a surgery he had to get may have been responsible for the delay. Since then, fans have speculated whether Ragnarok is still due out this year, mainly because we’re already halfway through 2022. Sony has remained relatively mum on the game, too, save for a recent blog post that detailed some of the game’s accessibility features. Some expected Ragnarok to show up during the PlayStation State of Play last week, even though Sony said the showcase mainly was focused on third-party titles.

When Ragnarok failed to make an appearance at that, speculation shifted to Geoff Keighley’s Summer Game Fest showcase, but it didn’t show up there yesterday either. Amidst all this, some insiders (with varying degrees of accuracy) have stated that Ragnarok was due in September, while others said Sony was going to delay it to 2023.

Now, Bloomberg has tossed its hat in the Ragnarok ring, stating that Sony has delayed the highly anticipated sequel to 2018’s God of War internally several times. The publication even reports that it was set to come out in September but has been internally pushed back to November, which is when it’s due out at the time of this writing.

A November release would be great, but if this report is correct, it sounds like Sony could easily delay it again if it felt it was necessary. Basically, between how tough game development is in general and the ongoing COVID-19 pandemic that has affected studios around the world, it’s always possible that Ragnarok does slip to 2023. Only time will tell for now. According to Bloomberg, we’ll be hearing about the game soon, sometime near the end of this month.

Do you think God of War: Ragnarok will get released this year? Let us know in the comments below!