Well, there’s no E3 this year. Again. But there are summer live streams where E3 news would go! As such, the tradition of E3 predictions lives on. In the past, one might have asked zoo animals to divine gaming predictions for the Destructoid community but I’m a night person and hate sunlight, so I use tarot cards instead.

This year I will be using the brand new Dungeons & Dragons Tarot Deck. As a small review, the deck is both beautiful and deeply flawed. The art is done by Fred Gissubel and reminds me a great deal of the tarot drawn for Dragon Age but never had a deck realized. For the gorgeous, evocative imagery alone, the deck is worth collecting.

It seems it was more geared toward DM scenario planning or tossing in a random event than a good tool for traditional divination, though. The suits of minor arcana are a mess with nothing to distinguish a Two of Strength from a Two of Charisma. Beautiful, but sloppy in that no effort was made to distinguish one suit from another.

They basically brute-forced D&D stats on the suits in a way that doesn’t make sense or line up with the art. For reference Strength is Wands, Intelligence is Swords, Wisdom is Cups, and Charisma is Pentacles/Coins. Good luck knowing which is which without the guide.

I wanted to use a full deck this year, though, so I decided to lean into the storytelling sensibilities of this deck and also referenced other tarot. The readings are single-card, three-card, and sometimes cross spreads.

This is not to say more is better, I just pulled the amount that felt right.

I’ll be doing seven community questions today, with more to come later in the week.

RLZ asks: “Will there be a big old Nintendo Direct in June?”

The Chariot is all about drive, willpower, and victory. Nintendo is like a great old wizard — they show up precisely when they mean to, usually smoking weed with fireworks and surprises in tow.

Wait until the others are done. They’ll show up before June is over.

Much talent has diligently tried to get a Silent Hill game off the ground and as you can see they are now tired and laying down on the left. But another hope emerges and promises to bear new fruits.

But the dragon spins the Wheel of Fortune and it only wants one thing.

Cards Drawn: Two of Charisma, The Lovers, Five of Intelligence

A tiefling woman sits in a parlor, conjuring an imp to fetch her a café mocha and roasted almonds as she reads a romance novel.

It’s about a knight and wizard destined to adventure and fall in love. But on their quest they find a pot with a genie inside. It only wants to cause jealousy and discord between the adventures with the wishes he grants.

Derpunkel asks: Will (the streams) be condensed in a short amount of time or will we see an endless drip feed of streams?

A young musketeer has stumbled and fallen off a cliff. She tried to drive her blade into the cliffside as she fell to save herself but the fall seems inevitable and so she plummets toward the deep river below.

She holds her blade closely, tightly, and accepts her plunge, yet the fall goes on forever. It is eternal.

She weeps. It begins to rain. She cannot find a restroom in the freefall and so…

Endless streams. Endless streams are now the way of things, much like “roadmaps” after a botched launch. The Ten of Intelligence reversed suggests the embrace of change is sometimes for the best. Choose your streams accordingly.

Hlarge4 asks: Will I actually play a video game in June, unlike May?

Outlook not so good. A reverse Ten of Wisdom suggests shattered dreams, like Ben Shapiro’s sex life. Or the PlayStation Plus revamp.

May I suggest something bite-sized like Toodee & Topdee? I still haven’t finished Elden Ring for reasons beyond me. I was so close, too. I even beat Melania. Then the April Final Fantasy XIV update came and I was sidetracked again.

I did finish five books, though! I particularly enjoyed Punderworld by Linda Sejic.

ZombieCorps asks: I’VE ONLY GOT ONE QUESTION FOR YOU! EXPLOSIONS?

The tiefling in the parlor desires sensual explosions. Two halflings are looking in from the outside, hanging from the roof — possibly plotting explosions. A queen passes the parlor, turning south to meet a dwarven blacksmith who has forged her a Blade of Combustion +5.

She hears voices from the heaven, bursting with joy, asking her to make him one of her Knights of Detonation. She touches each of his shoulders with the blade and he rises to become Sir … and then there are just bits of him all over the town square.

Oh, that was the last draw. Still, again, the reversed Ten of Wisdom represents shattered dreams, The Tower represents mass destruction and a reversed Nine of Wisdom expresses disappointment.

Doesn’t look likely. I say let Soul Hackers 2 get a chance to shine.

Also, did you know the Persona 5 tarot deck is like $60!? I got the Dungeons & Dragons and Urban Tarot together for like $40 — and neither are as ugly as the P5 deck. And there still isn’t a full version of the P3 deck. Grrr.

Previous Article What will be your big summer gaming timesink? 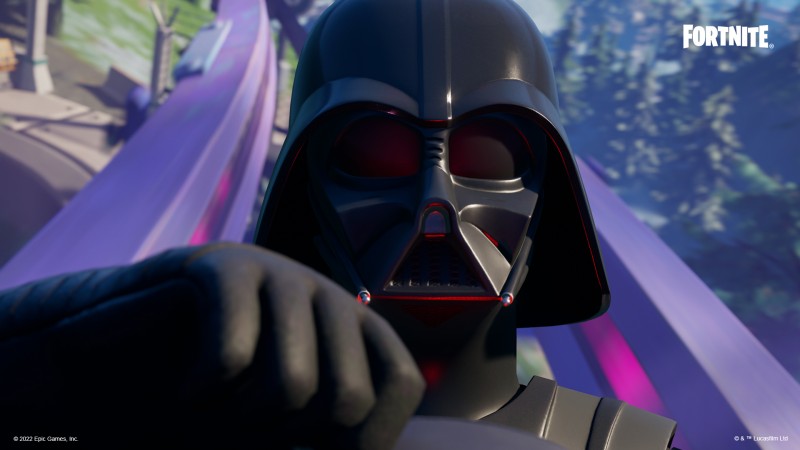 One of my favorite activities growing up as a video game nerd was randomly typing the names of fictional game, movie, or book sequels into […]

Embracer Group Acquires The Lord Of The Rings, The Hobbit, Seven Game Studios, And More

Embracer Group is making massive moves. The conglomerate acquired the rights to The Lord of the Rings and The Hobbit IPs – more specifically, Middle-earth […]